Climbing the mountain: 7. Sustained teaming up 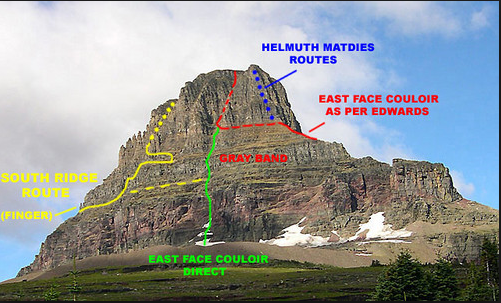 Yes, more mountains yet! We’ve climbed the Introduction, Before court, In court, Enduring cases, Raising Awareness, and Coordinating our efforts. Now here’s climb No 7 (of 9) in the Rocky Mountains of high conflict family separation of all kinds. The whole lot is always in the top menu: Climbing the mountain.

This is the hardest climb of all. The route proposed here is reasonable but many won’t find it acceptable. Do comment below please.

Sustain the Teaming Up

We noted at the start that teaming up is needed in order to climb a mountain that covers the full range of high conflict separation. So we need to team up across agencies, groups, and viewpoints. But typically these may all be in as much conflict as the couple themselves. The taking-sides and conflict mirrors up through all the many levels of our system.

Teaming up across professions and agencies has to continue day to day. That frontline may be the pragmatic place for integrated local teamed up services to grow. But any inter-agency teaming up is notoriously hard to do. Especially when services and budgets are being cut back, it is easier to follow the quickest route. The short  cut means using well-worn automatic responses, not ones that take more time and thought. Even harder than interagency liaising is teaming up across gendered viewpoints.

It will help us to get policy, professions and agencies to team up reliably, if we sort out a more adequate theoretical and practical approach – a simple gender-based approach is not working. And the polarisation of the gendered positions seems increasingly counterproductive. Most of our organisations and publications name themselves after one or other gender or gendered role (‘Fathers This’ or ‘Women That’). But gender, abuse and conflict are not so simply explained. See below for more on this.

So we need to find a way to team up across the, often viscerally heated, opposed groups: women’s/mothers’/rights groups versus men’s/fathers’/rights groups. Both sides need to see and unite because we all want the same thing. That one thing is: To prevent and stop all abuse of all kinds in families. All of us want to replace it as far as possible with safe if not improved and repaired relationships.

At present, far from this collegial unity, each side tends to demonise the other side … as if the other side is in fact actively helping the abuse to happen.

The best and most important focus in teaming up at all levels is to sustain a child-focus. Domestic abuse and conflict between adults, we know, results in lack of attention and real harm to children and their welfare even if they are not directly in the firing line.

Serious abuse between adults who do not have children of course happens and needs to be responded to. Teaming up across sides is needed there too.

In that case, in order to bridge the polarised gender groupings, it is useful to remember that abuse of all kinds happens in same-sex relationships  … that’s same-sex male partners and ex-partners, and same-sex female partners and ex-partners, as well as the various non-binary sexualities too. In addition, abuse happens across other adult same-sex relationships in families – parents, siblings, wider family, close friends, etc. So, if abuse and conflict happen in other than heterosexual close relationships, it helps us to remember it cannot be explained simply or by gender alone.

Teaming up our literature

Each gendered side of this potential teaming up has its own literature that proves – beyond a shadow of doubt to that side – their own side’s unassailably held position. It will be important for each side to read more of the other’s best literature and research.

To be useful this reading needs to be done while holding on to a more enquiring and sympathetic intention to better understand the other side’s position and reasons … at the same time as finding, no doubt, the expected unacceptable stuff. Putting that behaviourally, instead of throwing a book into the bin in a rage, we should note points carefully, in order to raise them in future collaborative debate … we need to finish reading the book properly. By working hard, the aim is to understand better why the other side feels as passionately justified as they do.

This is not to say that gender is an unimportant factor to take into account. Even if it was the only or indeed the most important factor, the gender debate needs to be brought under control as it is still getting in the way of teaming up against all abuse. The gender debate is important but not if it excludes other aspects … and escalates things too.

The huge endlessly unproductive energy consumed in the gender debate is allowing and even enabling abuse to go unchecked. That must stop if we are serious about the outcome we all share.

It would help teaming up to assemble literature that draws together a more multifactorial picture of family abuse, enabling a more accurate complex picture and some more unifying approaches to help us team up. Here’s a short list to start with:

A constructive and unifying way forward – one that builds in sustained teaming up – is through promoting gender equality in family life. Gender equality is central to the definition of feminism. Equality does not mean getting rid of difference. Teaming up between parents (whatever their gender) applies inside as well as outside the family and home. But when family conflict happens, this seriously knocks back the the parenting team and the teaming up. Gender rights thinking and policy moves in to protect one’s own side. The result is that women’s (and men’s) rights groups seem opposed to the original feminist aims. The debate is about men as dangerous and powerful. Women’s groups seek to keep men and fathers out of the house and home as much as possible. So, teaming up reminds us that we all DO want the gender equality feminism originally set out.

When families don’t stay together, then gender equality means we value shared parenting or custody as the optimal pattern after separation. This does not have to mean dividing the child exactly down the middle. It does not mean no differences between the parents or genders. Shared parenting sets the culture and framework for expecting that teaming up as the norm. It means we all ask “Why is shared parenting NOT happening?”. Google <shared parenting> for more resources. For example, the International Council on Shared Parenting has got the support of the Council of Europe to influence laws in member states.

Elly Farmer (now Hanson) and Samantha Callan’s (2012) Centre for Social Justice report Beyond Violence: Breaking cycles of domestic abuse – executive summary, full report. They confirm that it is the monopolising of policy and practice by one viewpoint that is preventing effective prevention and intervention:

… Power, control and patriarchy are explanatory factors in many contexts of domestic abuse, but there are many others that are also significant, including poverty, substance misuse, psychological vulnerabilities rooted in people’s past experiences (such as insecurity, jealousy, and dysfunctional ways of resolving conflict), and the dynamics that play out between two people in a relationship.

A more nuanced and rich version of an Attachment-based approach is Pat Crittenden’s Dynamic Maturational Model e.g. in her book Raising Parents: Attachment, parenting and child safety. This covers the full range of good, bad and ugly including coercive and alienation relationships from all sides. Brilliant, clear, deep and comprehensive, a diagram summarises it, but it naturally takes the reader a big commitment to work through something this complex. Yet this is the kind of challenge that professionals need to take on to qualify as competent to assess the unique complexity of each case.

Nick Child (2014) has argued similarly that Keeping one eye on family abuse is not enough. Reading each other’s literature produces useful crossovers – in this case, realising that ‘coercive control’ is a very good concept for us all to use. Usually it is exclusively claimed for ‘gender-based’ domestic abuse by men on women. But clearly it has a wider application in a non-gender-based way (as Crittenden does). That paper was Nick’s attempt to challenge his own profession to broader thinking. We – family members and professionals – might all do well to find any and every opportunity to talk about these issues everywhere we go. I know someone who managed to get high conflict separations into her Math/s project!

Karen Woodall has found a more global motor-way to by-pass the one-lane-only debates. As blogger on a world stage, The Huffington Post, in a single You ain’t no Muslim bruv blog, she joined together the world’s new top priority – the concern with young religious-extremist terrorists – by giving them the same name: Alienation, and offering the skills from Parental Alienation as relevant. And there are obvious gendered ideas to bring to bear on the same terrorism concerns.

In order to team up and then remain teamed up, all of us may have to get used to frequent repetitive assurances that show that we have as full an understanding of the perspectives of the other ‘team members’ as we can manage. Here are some of the assurances that will need to be repeated regularly:

This is probably the steepest individual climb each and every one of us has to do in order to sustain the team working together. It is enough for one blog. When the gender divide has been sorted out, then we can better get organised on the wider fronts. Meanwhile, we must do the best we can anyway.

Even more than usual … what do you think?  Comment below please.

If you agree with this thinking, it would help if you suggest any further ways to improve or promote it – with suggested supportive organisations, links and more references. Thanks.