Cults and Parental Alienation: A conversation with Steve Hassan

By Nick Child / 9 Jun, 2019 / Personal Stories, Raising Awareness, The Big Picture, The children, The Families, The Research, The System / 10 comments 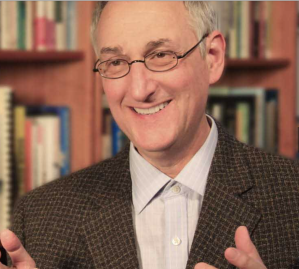 You may know that Steven Hassan is a long-standing cult expert having learned about it when he was in the Moonies as a young man.

Steve is energetic and prolific. Read about his BITE model and the Influence Continuum. Watch his videos. Read his books.

You will gain hugely from learning about his story and his approach, even if your interest is in family high control patterns like domestic abuse or Parental Alienation.

A lot in common

Following Amy J Baker‘s lead, you may also know that, here on the alienation experience website, I’ve been pushing that same bridge out across all forms of ‘undue influence’ or ‘coercive control’.  In particular there is that strong overlap between how cults and Parental Alienation function.

Steve and others – eg in the Open Minds Foundation – have taken on this broader view of high control groups and relationships. There aren’t yet many conversations online that focus on this pattern they hold in common.

So I was pleased when Steve reached out in Parental Alienation’s direction too and got us talking.  Watch the YouTube video along with his commentary and links too on his Freedom of Mind blog (56 mins long). Or just click here to watch the video on its own:

I think this shows just how useful Amy’s (and my) idea is to grow the overlap between cults and Parental Alienation. But what do you think?!  Comments welcome below.

By the way, If you want to hear a real story that shows cults and abuse and Parental Alienation all in action together, here’s one of many many examples of how the coercion of a cult covers up and creates the other family coercions. In Nick French’s case, it’s finished off with a double whammy of alienation – being cut off from your loved ones by the cult’s punishment of shunning you for daring to disagree with them and leave.