Parental Alienation has been increasingly recognised to be one of several patterns of harmful coercive abuse. Based in Scotland in the UK, I’ve wondered about how the new domestic or psychological abuse laws apply to Parental Alienation (PA).

The law and the science 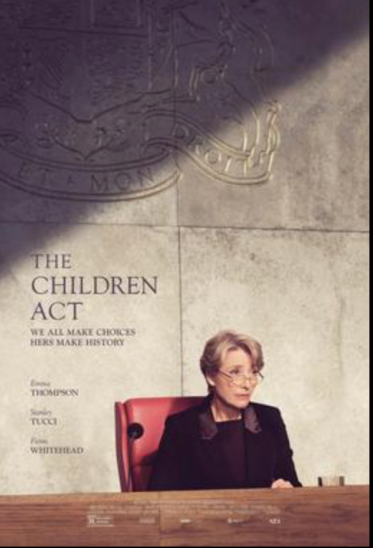 In my view, it makes more sense to tackle the generic actual matter of psychological harm being done than to follow an exhausting indirect dog-leg of proving in court that PA Syndrome exists. In some countries there is a specific law against PA. Once PA is proven, then harm is taken to be present. Why not prove the harm from the start?

Nevertheless there has been a huge focus on showing that PA is a real pattern – which can now be comprehensively evidenced, by the way. That is valuable in many ways, and one reason for doing that work has been because family courts in the USA insist on a scientific basis for anything argued in them. It may not be a coincidence that the USA is one of the few countries that have not signed up to the UN’s universal declaration of human rights. Elsewhere, the UN rights of the child helps underpin a focus on the welfare of the child, so you don’t need such dog-leg logic.

Scotland has its own version of the England and Wales Law. I think there are subtle differences in the ‘test’ and the ‘mens rea’ for this new offence. But the general aims are the same.

And now I’ve been asked to present to a forensic / psychiatric group. So I thought I’d better brush up on my limited knowledge. I write this post in the hope that those who know better will comment below to help my ignorance. Thanks.

Then, just as I’ve publicly given up hope on the usefulness for children and families of the typical adversarial family law system everywhere – I said so at a recent conference in Stockholm… I said: Typewriters cannot juggle – I’ve learned more about a family law system that does juggle! It’s not new. Judge Jurgen Rudolph and colleagues began their revolution in 1979. 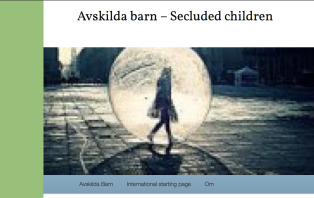 Avskilda barn Blog with Ursula Kodjoe on Cochem (click for that)

I heard about Cochem years ago. But only now and at long last can I be fully inspired through discovering some English language accounts. It is now called the Consensus Model. Ursula Kodjoe presented at the same PASG Nordic’s recent conference in Stockholm as I presented at.

The Consensus Model goes a long long way to correct the many faults of family law systems elsewhere. Share my excitement! Read more here: Ursula Kodjoe’s summary, a fuller description by a Portuguese judge and a Youtube of Ursula’s presentation in Stockholm Aug 2018.

The inspiration from the Consensus Model is in how a much better integrated collaborative system can more promptly and gracefully separate out the families where there is no need to get caught up in long soap opera wrangling in court about risk, and at the same time handle and coordinate the assessment and help for all the families that need it. That is, the Consensus system does not, for high dispute separated families and their children, require any fancy new laws. The Consensus approach firmly asserts at he start of their efficiently focused legal process the expectations that are decided at the very end of a long adversarial type of court process. Meanwhile back in the muddy field of emotional abuse:

As I head for new ways to divert this issue from the courts, I’m still interested in how the new UK domestic and psychological abuse laws could and should apply. And I’m interested not just because of separated families where the children are being harmed, but also across the board for all kinds of harmful coercive relationships as well – for high control groups, cults, extremist terrorist groups, etc. Families are affected by these high control groups too. But the general legal view is that ‘They’re adults, it’s their choice’ and (for high control groups that claim to be religions) ‘We reserve the right to religious freedom’. 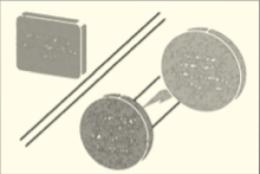 My recent presentations point out that the core of all relationships that take you in and cut you off is the same. I suggest this core pattern could well be called: Alienation. See my Sutherland Lecture.

And so it is no surprise that (in that lecture) I can show that the Scottish new law describes the exact same pattern of harmful coercive relationship pattern that the law restricts only to couples and ex-couples.

Points from the English law

Studying the English law, I note with sad amusement the struggle between the gender ideological view – they’re the ones to give due credit for levering these new laws into place – and the over-riding need for laws to try to be gender neutral. (In case you didn’t know, Parental Alienation happens in any gender pattern including same sex relationships. Attachment science explains it far better than gender does, though of course gender affects your experience of it.) And I’m able to confirm again, from the English law, the broad spectrum view of the commonality of harmful coercive relationships.

The English law confirms what I say about it being a terrible shame that less powerful victim groups don’t get an equal opportunity, have their voices drowned out by the powerful voice of the women’s lobby (so only two cheers for them!), and end up not getting access to the benefits of the new laws which seem to fit so closely to the often worse predicament of these other victims of harmful coercion.

However I didn’t realise an obvious exclusion: children and young people. Du-uh! This, of course, excludes most PA cases from benefiting from the new laws. Why are they excluded? Because harmful coercive control or emotional abuse of children (under 16) is already covered (in England) by the Children and Young People Act of 1933. Now that Act was passed 85 years ago! Of course I should have said “supposed to be covered” there, since tackling emotional abuse is most noticeable by its absence. Those few who have tried to get a robust act together haven’t got far, have they?! It’s very rare for anyone to be charged with emotional abuse of their child.

Getting ’emotional abuse’ fit for purpose

In my lecture, I make some further points about this absence and about making it do some work for us:

So, while their parents get a new legal protection from psychological abuse, the harm to the children of PA and other serious separation patterns, the children’s welfare – which is what everyone says is paramount – is actually nowhere near being attended to. And that never-ending painful gap leaves us campaigning about all kinds of partial misdirected ideological (eg gender-) based aspects that miss the point and confuse the picture and the decisions.

All of which confirms my other interest in urgently finding other ways that are more likely to sort the problem out better than through complicated and yet longer-winded legalities of proving psychological abuse.

The good news? Well, there will always be cases that go all the way through to full proof in courts. So someone needs to be ready for that. And there’s every reason – including the courts – to firm up the science and laws of psychological abuse.

As usual, Amy J Baker is taking us in the right direction. She is active in the American association of professionals who study child abuse –  APSAC. She uses their three-part definition of what the USA calls psychological maltreatment. I look at that definition too in my presentation.

What could the PA world in the UK do with its forking law on psychological abuse?  85 years late, we could warm up and use the laws that are there already about children. I haven’t got the energy to go into that old 1933 English law and see what it would take to warm it up again. I invite others to have a go if you know how. On the whole, I suspect it might be hard to overcome 85 years of inertia. Hence my alternative choice of direction:

In Scotland, and with the benefit of years of working on this question along with several inspiring discussions recently, I’m involved in trying to develop some new ideas to influence the Scottish Government’s review of the 1995 Children (Scotland) Act. You can see something of what I’ve said publicly as The Shame of Scotland’s Family Courts. That shows the incompetence of the present system. The new ideas could provide solutions!

One new idea shapes up a different kind of strategy to divert the risk assessment of abuse away from lawyers and courts early on in the process. This should quickly resolve misplaced risk concerns so that parents can get on with making arrangements for their children. And it should equally send a child and family to the right hands if there is valid concern of risk that does need assessment and help. This diversion has many benefits, but most especially, it can only be better than the family being taken in – and cut off! – and dragged out and messed up by the well-meaning but oh-so-slow-and-random machinations of our family court system. … Watch this space!!